STONEHAM, MA — 2014 marks the hundredth anniversary of the start of the conflict originally called the Great War or the War to End All Wars; from 1919 until 1954 “Veterans Day” was “Armistice Day” because World War One ended on November 11, 1918. To commemorate both these events a Solemn High Requiem Mass with a Special Intention for all touched by war, especially the dead of the Great War, 1914 – 1918, will be celebrated by Saint Gregory the Great Ordinariate Catholic Church Tuesday, November 11th at 7:30 PM at Saint Patrick’s Church, 9 Pomeworth Street, Stoneham. All are invited to attend; a reception will follow.
Traditional black vestments will be worn by the Priest, Deacon, and Subdeacon; the solemn Dies Irae (Day of Wrath) will be chanted (no longer required at funeral Masses, it is now more familiar from its use in Berlioz’s Symphonie Fantastique and many, many horror films); and a selection of the hymns chosen for the interments of the Unknown Warrior in Westminster Abbey (in 1920) and the Unknown Soldier in Arlington Cemetery (in 1921) will be sung to organ accompaniment. The vestments, ceremonial, and many of the prayers will be familiar to older Catholics or those who attend the Traditional Latin Mass; however the prayers won’t be in Latin but Elizabethan English, for this Mass will be in the Ordinariate Use, a unique liturgy approved by the Vatican in 2013. 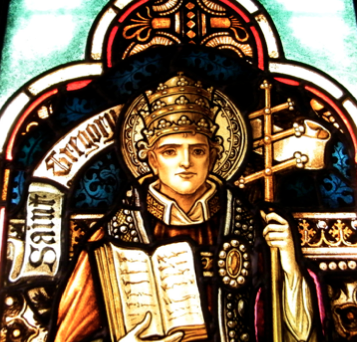 The Ordinariate is a new element of the Catholic Church set up by Pope Benedict in 2009 as a response to requests from groups of Anglicans and Episcopalians around the world who (like Stoneham’s parishioners at Saint Gregory the Great) wanted to undo Henry VIII's break with Rome while retaining elements of their 500-year heritage. Many distinctive features of the Requiem Mass on November 11th in the Ordinariate Use will be the result of this unique, centuries-long blending of Catholic and Anglican traditions. Saint Gregory the Great has been warmly received by Stoneham’s Pastor Mario Orrigo and the people of Saint Patrick’s parish, where the young community has made its home since July.
As he prays for all those touched by war Saint Gregory’s Pastor, Jürgen Liias, will be praying for his own parents’ souls as well, for their lives were shattered by World War Two. Born in Germany after the war he came to the United States with his mother and father — a German and an Estonian — as Displaced Persons in 1952; they were given a home at an Episcopal Rectory in Charlestown. During almost three decades of his 40-year career as an Episcopal parish priest in the Boston area he was drawn towards Catholicism; the creation of the Ordinariate convinced him the moment to become a Catholic had arrived. He entered the Church as a layman and was Ordained a Catholic Priest of the Ordinariate in 2012.
Saint Gregory the Great offers a weekly Mass in the Ordinariate Use incorporating the Consecration and Offertory Prayers of the Traditional Latin Mass and some of the most beloved prayers from the Book of Common Prayer, all in reverent and beautiful Elizabethan English. Much of the Mass is sung, including traditional hymns with organ; lasts about an hour and a quarter; and is celebrated with Priest and People facing East. Coffee and light refreshments follow. Ordinariate Use Catholic Mass. Every Sunday, 9:30 AM; Saint Patrick’s lower church, 9 Pomeworth Street, Stoneham. For further information, visit www.saintgregoryordinariate.org or write office@saintgregoryordinariate.org.
Posted by Steve Cavanaugh at 11:02 AM