A Question of Collaboration 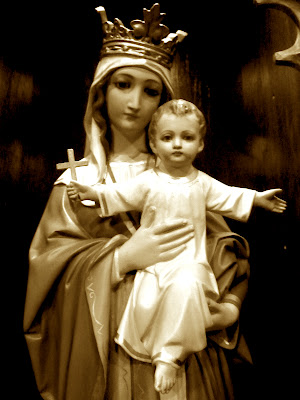 Why did the USA not benefit from the kind of name accorded to the UK in the establishment of the Personal Ordinariate of Our Lady of Walsingham?

Clearly, the English, Anglican, and Catholic convergence in the UK was recognised around its most central apparition of Our Lady at Walsingham as the most appropriate name for the Ordinariate under the patronage of that most famous convert Blessed John Henry Newman. Deo gratias!

The name is majestic and wonderful, but does it speak to the American Anglican experience and the long held desire for corporate reunion with Rome? Of course, it does, and in that respect it is successful. But it could be just as true in Australia or South Africa or elsewhere. Unfortunately, there is no explanation of how this name was chosen, but it is said that it came to be chosen without any consulation of the Anglican Use parishes, clergy, and people. How very sad if true.

I also held a second opinion that if each were to be different bearing something of national character then Father Paul Wattson and Mother Lurana had clearly pointed the way for us. I have no doubt that the 'Personal Ordinariate of Our Lady of the Atonement' would have been the best choice. For those who do not know, Fr. Paul and Mother Lurana were Episcopalians and their communities came into the Catholic Church with a devotion to Our Lady of the Atonement for the sake of Christian Unity. This devotion was embraced by the Catholic Church and the Pope himself embraced the devotion and honoured it.

Does it make a difference? I think so. How much more appropriate would the Personal Ordinariate of Our Lady of the Atonement under the patronage of St. Elizabeth Ann Seton be in comparison to what was chosen. St. Elizabeth Ann Seton was of course a convert from the Episcopal Church, and it is her major relic that is in the High Altar of the gorgeous Our Lady of Walsingham Church in Houston, Texas which over many years was my home parish.

Of course, no one asked. So how could I or any others have made representation to authorities of our hopes or aspirations regarding a name or anything else? No the generosity and openness of Pope Benedict XVI in Anglicanorum coetibus was met with a brotherhood of absolute secrecy worthy of Freemasons in the establishment of the U.S. Ordinariate.

If the way the U.S. Ordinariate began shrouded in secrecy is to be the norm, then a key element of the Anglican patrimony is to be left behind. Collaboration cannot be reduced to a few folks gathered together in an unnecessarily secretive liturgical committee or particular Working Group. None of this is the Manhattan Project.

This post is actually meant to undergird this simple plea: that those to be affected by decisions be invited to collaborate prior to the final judgements being rendered. Our Anglican background has taught us well how to do this, and it does not mean that we are putting anything to a vote. But now without the sort of vote that Anglicans once held in synod and on council, surely collaboration and investigation of the laity's aspirations and ideas prior to delivering decisions is the wisest course of action to ensure that there are no unnecessary troubles along the way.


Do visit his blog Tonus Peregrinus. Mr Uher is well worth the read, and I am very happy to see him writing more often these days.

I won't disagree with his conclusion that there should be widespread consultation with the faithful by the pastors of the Church. I believe Blessed JH Newman thought the same, and that should be enough to recommend the idea.

But regarding the name for the North American Ordinariate, I have to say that I am surprised that Mr. Uher doesn't see the rationale for the name of the Ordinariate. While the feast of Our Lady of the Atonement was indeed ratified by Rome (in 1946), and I am very happy to see it on the Ordinariate Calendar, there was another liturgical celebration begun by Fr. Paul of Greymoor that won ratification by Rome even earlier than OLA...the Chair of Unity Octave, now usually known as the Week of Prayer for Christian Unity. 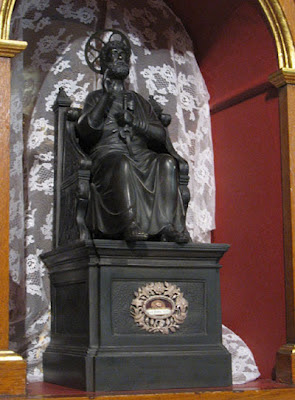 Posted by Steve Cavanaugh at 3:40 PM