Seven priests to be ordained in the Archdiocese of Baltimore 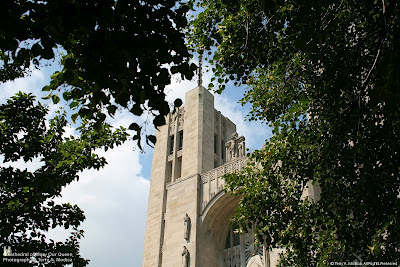 Deacon Steven Roth remembers being 5 years old, coming home from school and retreating to his room to celebrate Mass – using his desk as an altar and Necco wafers as Communion.

His childhood dream of becoming a priest will come to life June 9 when Archbishop William E. Lori ordains Deacon Roth and three others to the priesthood for the Archdiocese of Baltimore. The 10 a.m. ordination Mass will be celebrated at the Cathedral of Mary Our Queen, Homeland...

Deacon Stephen Cotter, Deacon Issac Makovo and Deacon Jaime Garcia-Vasquez will also be ordained to the priesthood during the special liturgy. All were ordained to the transitional diaconate May 21, 2011, by Cardinal Edwin F. O’Brien – their final step before becoming priests...

During the June 9 Mass, Deacon Jason Catania, a former Anglican priest who was ordained to the Catholic transitional diaconate May 12, will be ordained a Catholic priest by Archbishop Lori for the Ordinariate of the Chair of St. Peter – a jurisdiction established by Pope Benedict XVI to minister to former Anglicans.

Deacons Anthony Vidal and David Reamsnyder, also former Anglican priests, will be ordained Catholic transitional deacons June 2 at the Basilica of the National Shrine of the Immaculate Conception in Washington, D.C., and ordained as priests for the ordinariate during the June 9 liturgy.

Deacons Catania, Vidal and Reamsnyder previously served as Anglican clergy at Mount Calvary Church in Baltimore, a former Anglican parish that was received into the Catholic Church in January.

“I think the moment when the archbishop lays his hands on my head will be a very powerful thing,” said Deacon
Catania, 40...

Read the whole story at the web site of The Catholic Review.