The Anglican Ordinariate and the Reform of the Reform 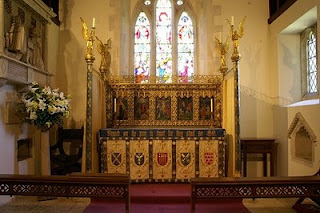 How and to what extent the Anglican Ordinariate will become manifest in the life of the Church is a question which will only be able to be answered with the passage of some time. However, it strikes me that the Ordinariate, with its corresponding intent to retain certain aspects of the Anglican liturgical patrimony, brings with it some interesting potentialities; potentialities not simply for the Ordinariate itself but also for the reform of the reform -- most particularly within English-speaking regions.

What I am suggesting is that I believe the potential exists for it to contribute to the broader conversation going on within the Church about the sacred liturgy, particularly in the light of certain, oft-discussed points of Sacrosanctum Concilium. To be clear, it is not that I believe these potentialities and aspects are absent from the conversation without the Ordinariate, but rather that the Ordinariate, bringing with it its own lived experience, history and "culture", brings another and additional dimension to the conversation; a dimension that, importantly, will be a lived one and will be able to be referred to and consulted equally by Catholics within and without the Ordinariate...

Read the rest of this post at The New Liturgical Movement.
Posted by Steve Cavanaugh at 10:30 AM