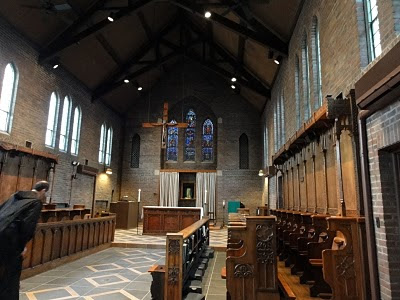 The St. Thomas of Canterbury Anglican Use Society of Washington, DC and Northern Virginia (STCS) will hold an Anglican Use Mass on Saturday, March 19th at 4:00 p.m. at the abbey church of St. Anselm’s (Benedictine) Abbey in Washington, DC. The STCS invites all those interested in experiencing an Anglican Use Mass according to the Book of Divine Worship to attend the Mass and the reception following, in the building adjacent to the abbey church. Fr. Eric Bergman, a Pastoral Provision priest in the Diocese of Scranton, PA, and chaplain of the St. Thomas More Society, will celebrate the Mass and speak at the reception afterward.

Music for this Vigil Mass for the Second Sunday in Lent will be led by the St. Thomas of Canterbury 12-voice schola and will include works by Tallis, classic Anglican Lenten hymns, and propers from the Anglican Use Gradual. The mass setting will be the Missa Marialis (Fourth Service in the 1940 Hymnal).

Since September of 2010 the STCS has been holding Evening Prayer according to the Book of Divine Worship on the third Saturday of each month at 4:45 p.m. at the abbey church of St. Anselm’s. The March 19th Mass will take the place of their usual Evening Prayer.

Hat tip to the Anglo-Catholic blog
Photo from the blog Pike Schemes.
Posted by Steve Cavanaugh at 8:48 AM