The Nonjurors: The Repudiationof Erastianism and The Recovery of Sacrifice

Following the "Glorious Revolution" of 1688, the Church of England suffered a notable schism, as several prominent bishops, the Archbishop of Canterbury among them, with hundreds of the lower clergy, refused to take an oath of allegiance to William as King, regarding the ousted, but not abdicated King James II as their lawful leige. These clergy were deposed, and other clergy appointed to their place, which led many of the laity to also go into schism to follow the men they regarded as their rightful pastors. Because they refused to take the oath, they became known as Nonjurors.

The Nonjurors would go on to recover even more of the Catholic theology and practice in liturgy that had been lost, at least de facto, in the Church of England, and to draw inspiration not only from their own Catholic heritage but from the heritage of the Eastern Church. Read about them and the link they provided from the old Church Papists and Prayer Book Catholics to the Oxford Movement in our issue from Lent 2011: http://www.anglicanuse.org/AngEmb-3-05_Cavanaugh_Nonjurors.pdf 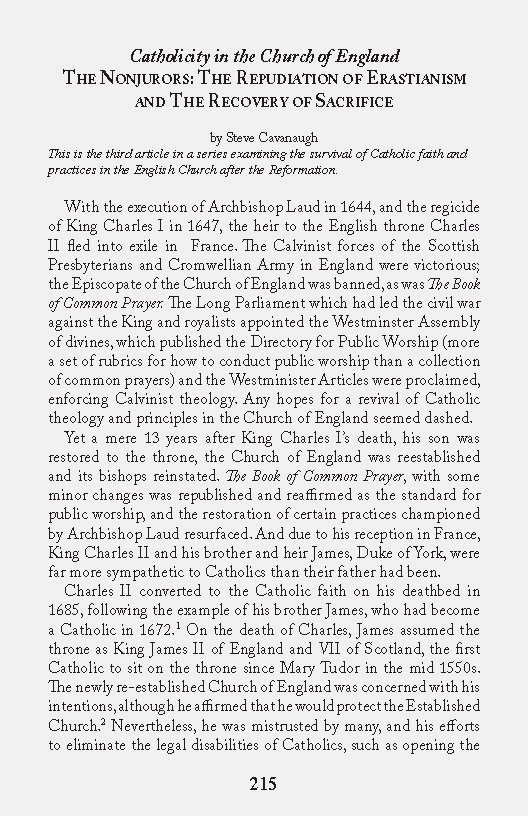 Posted by Steve Cavanaugh at 8:05 AM