Ordinariate community of St. Gregory the Great celebrates its Feast of Title - September 3, 2015 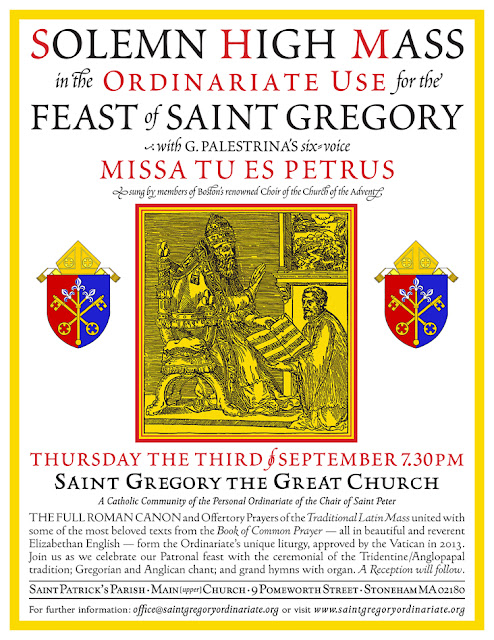 On the memorial of Sts. Charles Lwanga and companions 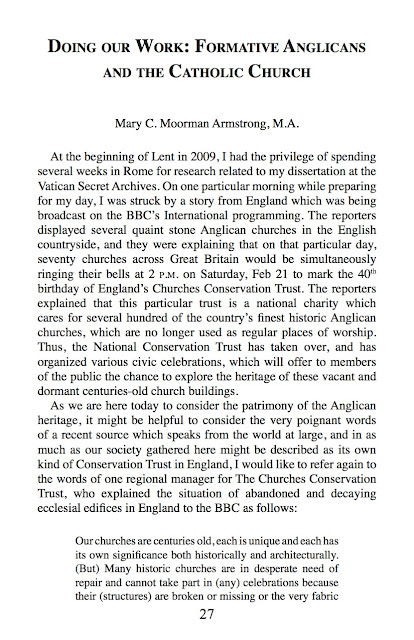 At the Anglican Use Society's annual conference in Houston in 2009, Dr. Mary Moorman Armstrong delivered this talk about the grassroots ecumenism of Catholics and Anglicans as exemplified in the Ugandan Martyrs, whose feast day is observed today, June 3rd. In the second reading in the Office of Readings in the Roman rite Liturgy of the Hours, we read the following from Pope Paul VI's homily on the occasion of the canonization of these martyrs.

Who could have predicted to the famous African confessors and martyrs such as Cyprian, Felicity, Perpetua and -- the greatest of all -- Augustine, that we would one day add names so dear to us as Charles Lwanga and Matthias Mulumba Kalemba and their twenty companions? Nor must we forget those members of the Anglican Church who also died for the name of Christ.

On this memorial feast, read Dr. Moorman's talk and keep in mind these African martyrs who refused to compromise their virtue or faith; whose failure to comply with their earthly king's immoral demands earned them a place in the court of the one true King, our Lord Jesus Christ.

http://www.anglicanuse.org/AngEmb-3-01_Moorman.pdf
Posted by Steve Cavanaugh at 8:06 AM No comments:

Professor Hans-Jürgen Feulner, long-time friend of the Ordinariates, member of the Anglicanae Traditiones commission, and professor of liturgics at the University of Austria, has been awarded a papal knighthood. 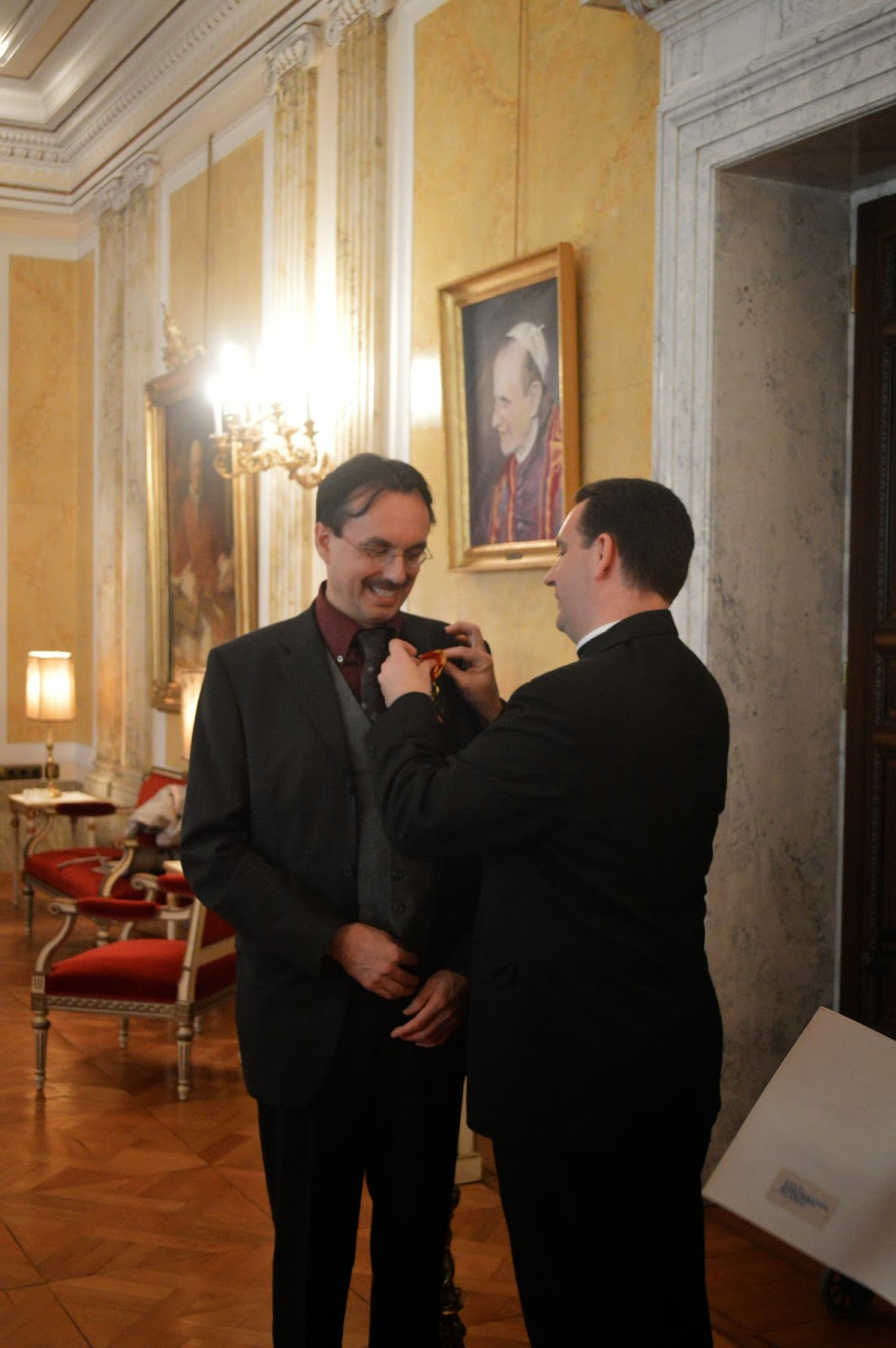 The knighthood was officially bestowed in the Nuntiature in Vienna by parchment certificate of appointment at which time Prof. Feulner received the Papal Order of St. Gregory the Great. It was an impressive ceremony, with nice words from the Nuncio, and Mgr. Lopes, from the Congregation of Doctrine and Faith, reading a letter from Cardinal-Prefect Mueller; Msgr. Lopes pinned the Order on Prof. Feulner's jacket. 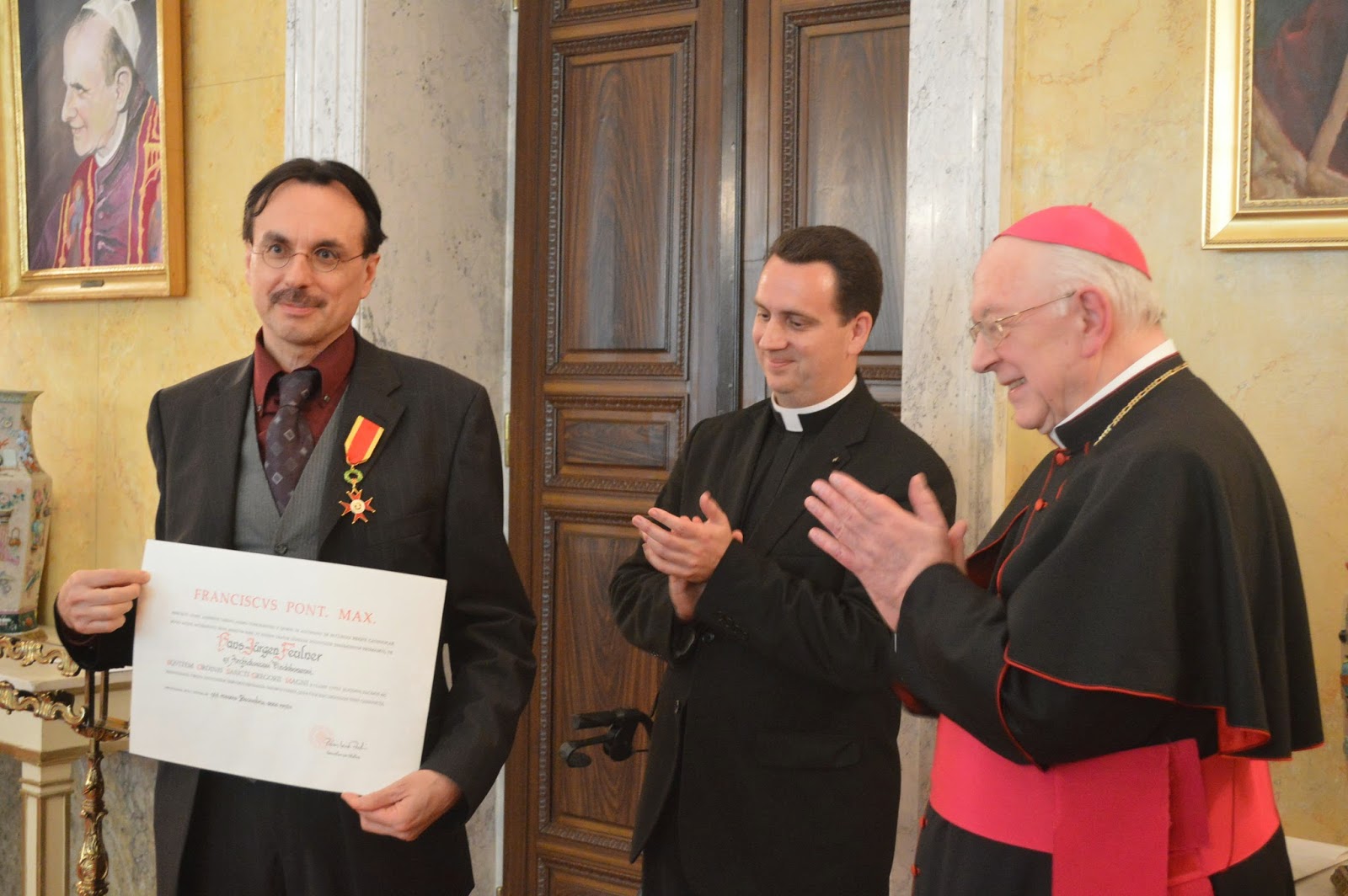 The little group of guests comprised representatives from the university, city of Vienna, the German embassy and others. 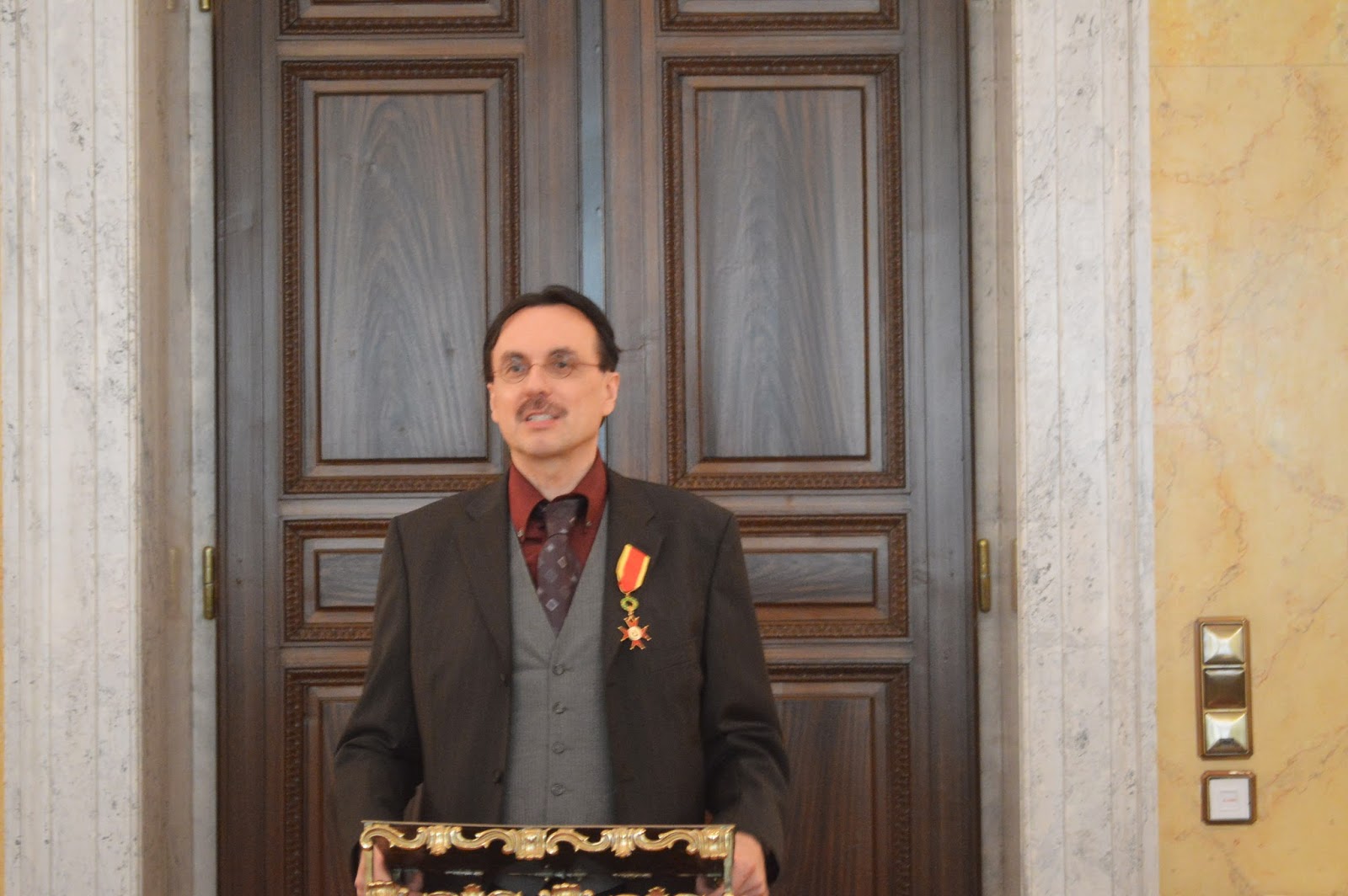 This is the second layman, to my knowledge, to receive a papal knighthood for work involved with the Ordinariates (Dr. Clinton A. Brand of St. Thomas University in Houston, Texas being the other...see a story on that here).

I am pleased to publicize this happy, and well-deserved, award.
Posted by Steve Cavanaugh at 2:48 PM 3 comments:

Called to Be Holy Novena Booklet

From the Ordinariate Expat's web site
As promised, here is the link to the booklet of readings and prayers for the nine days of the Called to be Holy Novena from 15th to 23rd May.
The spiritual writers/writings included are as follows:
Regarding the use of the Novena materials please refer to the Introduction of the booklet, written by former Anglican Deacon Antonia Lyn and our own Ordinariate Expats spiritual director, Fr. Scott Anderson.
We encourage you all to join the Personal Ordinariate of Our Lady of Walsingham in this spiritual exercise and in praying for the success of the events which each Ordinariate group will hold for all comers during or at some time after the Novena.
Posted by Steve Cavanaugh at 4:12 AM 5 comments: 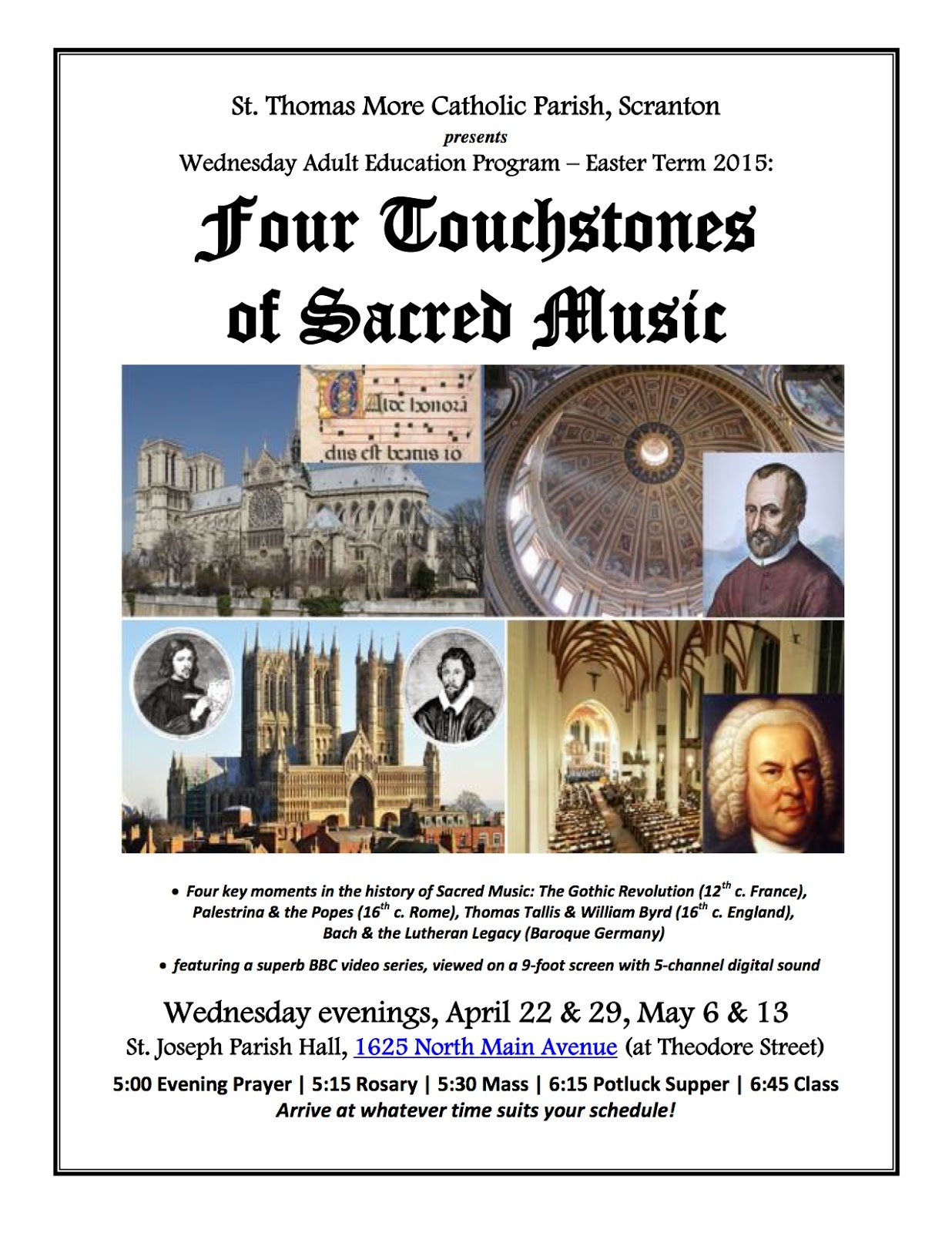 Mass to commemorate the English Martyrs 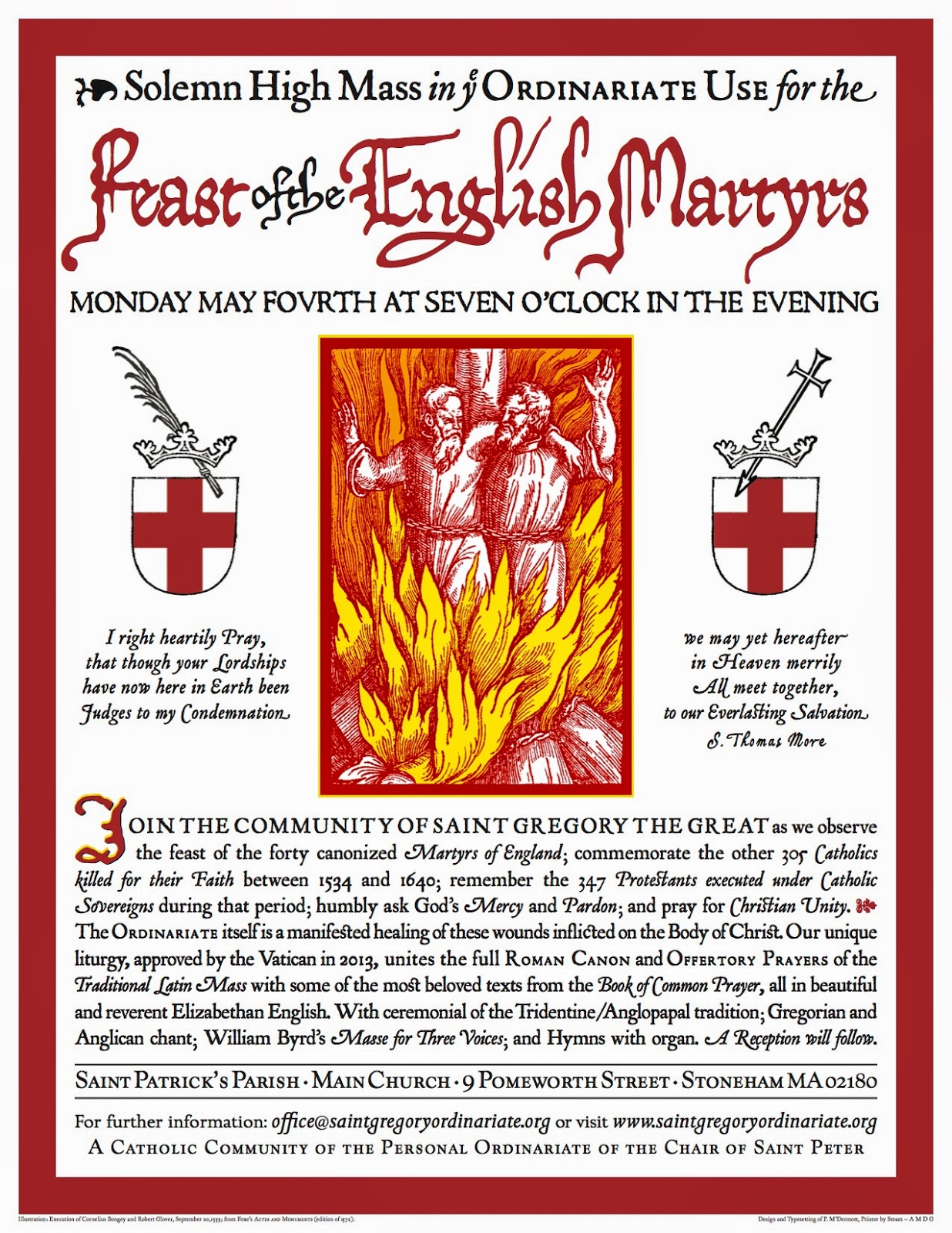 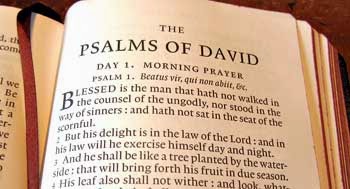 Hat tip to Bill Tighe.
Posted by Steve Cavanaugh at 6:21 AM No comments:

The Spring 2015 issue (a double issue) is now available for download. Included are articles on the meeting of all 3 ordinaries in London in February, the dedication of the US Chancery, Dr. Clint Brand's  papal knighthood, and updates from several of the parishes throughout North America.

From our Holy Cross 2006 issue (volume 1, number 11), this reflection on the meaning of the Pastoral Provision (the harbinger of the Ordinariates) by Fr. James Moore takes the long view, beginning with the survival of Catholic faith within members of the Church of England from the earliest days in the 16th century. Read it online at: http://www.anglicanuse.org/Moore_AnglicanUseHistoricalReflections_AngEmb0I11.pdf 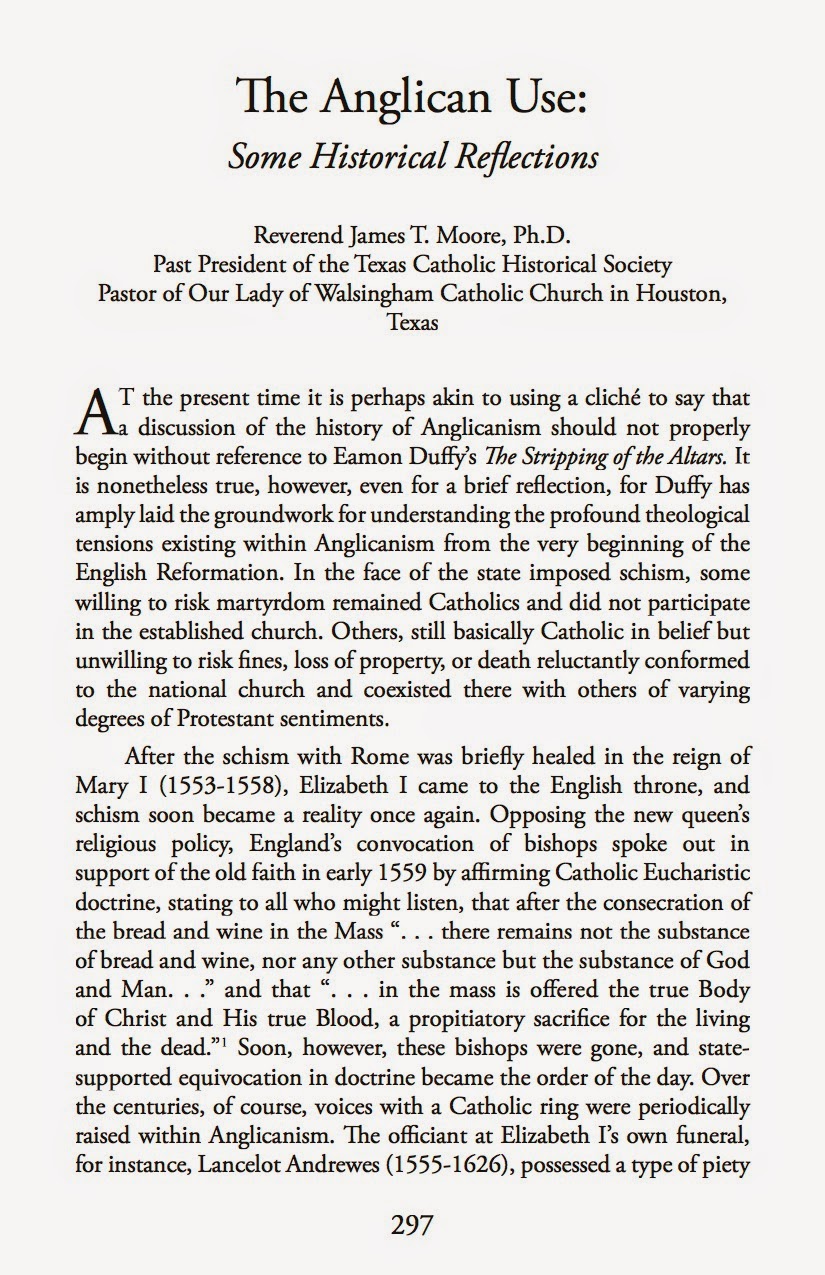 Welcome to the west of England. The railway line from Exeter St. David’s in Devon runs along the Exe Estuary — dozens of little sailing boats scurrying about on the water, with a green sweep of hills on the opposite bank — and then, somewhere around Dawlish Warren, it’s suddenly alongside the open sea, the waves occasionally  splashing against the side of the train.
Father David Lashbrooke is a priest in the nearby town of Torquay, and he is making history. He is a priest of the Personal Ordinariate of Our Lady of Walsingham (overseeing the flock of Anglicans who have come into full communion with the Catholic Church, thanks to Pope Emeritus Benedict XVI). He and his flock — with the goodwill of the local Methodists — have taken over a local Methodist church and are turning it into the home of their flourishing Catholic community and a center for mission outreach.
“Keep the flame of the Christian faith burning in this place,” said the Methodist minister, as he handed a lighted candle to Father Lashbrooke at the Methodists’ last service in the church.
And the flame is indeed burning brightly. The former Chelston Methodist Church is about to be renamed as the Church of Our Lady of Walsingham and St. Cuthbert Mayne (a local man and one of the 40 English martyrs who died for their Catholic faith between 1535 and 1679), and it is already home to a good-sized congregation at a sung Mass each Sunday...

Read the rest at the web site of the National Catholic Register.

Hat tip to Shane Schaetzel via Facebook.
Posted by Steve Cavanaugh at 7:02 AM 8 comments: