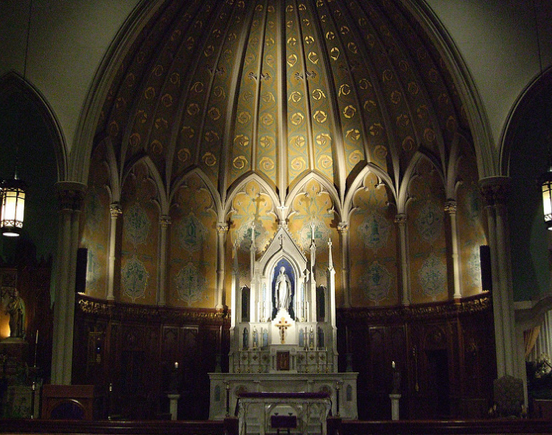 St. Luke’s Bladensburg, the Episcopal congregation that made headlines in 2011 as the first U.S. parish to join the Roman Catholic Church under a new, expedited process, is moving to Washington, DC on September, 7, 2014. Their new home is Immaculate Conception Catholic Church, 1315 8th St, NW, in the diverse Shaw neighborhood two blocks from the Walter Washington DC Convention Center. The congregation will now be known as, Saint Luke’s at Immaculate Conception.

The move accommodates its present parishioners from DC, Maryland, and Northern Virginia in a more centralized location, and hopes to attract new members who can now easily reach St. Luke’s by Metrobus and Metrorail Green and Yellow lines at the Mt. Vernon Sq. 7th St/Convention Center.

For its inaugural Mass at Immaculate Conception (8:30 am on Sunday, Sept. 7), St Luke’s is honored to host Monsignor Jeffrey N. Steenson, as celebrant and preacher...

Posted by Steve Cavanaugh at 6:37 AM