Queen Elizabeth announces appointment of Catholic as next Archbishop of Canterbury 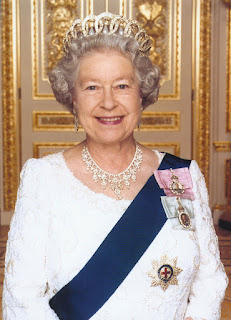 In a daring move that has completely surprised news watchers and experts, Buckingham Palace revealed today the Her Majesty, Queen Elizabeth II, in consultation with His Holiness, Pope Benedict XVI, has appointed as the next Archbishop of Canterbury, the Catholic bishop of Foligno, Italy, Gualtiero Sigismondi. 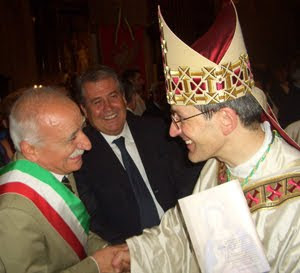 The Foligno diocese, in the Umbria region of Italy, is home to the restored Benedictine abbey of Norcia, where St. Benedict, founder of the world-wide Benedictine order of monks had his abbey.
In the released statement, Her Majesty writes, "In a dark time almost 1400 years ago, the sons of St. Benedict came to this island and helped restore the light of Christ that had been nearly extinguished after invasions and wars. It is my hope that His Grace, Bishop Sigismondi, with his intimate experience of Benedictine life and his dedication to Christian tradition will similarly renew the light of Christ in our land." 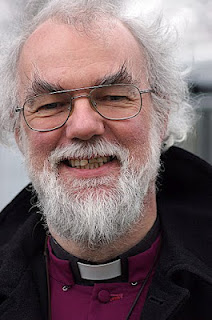 The incumbent Archbishop of Canterbury, His Grace Rowan Williams, who announced his retirement at the end of this year so that he may take up an academic appointment at Cambridge University, is said to be delighted with the choice. "As is well known, I have always felt that the Anglo-Catholic view is the purest strain of churchmanship in the Church of England, and this bodes well for the unity of the whole Christian Church. I have full confidence in Her Majesty's selection, and look forward to greeting Bishop Sigismondi when he visits during the special June bank holiday when we will celebrate Her Majesty's diamond jubilee. 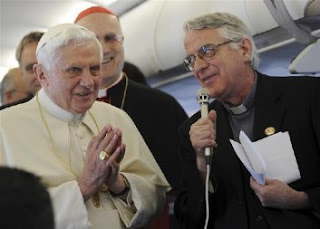 Fr. Federico Lombardi, the Vatican Press Secretary, released a statement that said that His Holiness was pleased that this appointment would go forward, adding that this would serve to draw the two churches closer, accelerating the process begun since the 2009 publication of Anglicanorum Coetibus.

Posted by Steve Cavanaugh at 4:55 AM