The ordinariate is really happening

Tuesday, 19 April 2011
By ANNA ARCO
Last night saw the first receptions of groups into the ordinariate 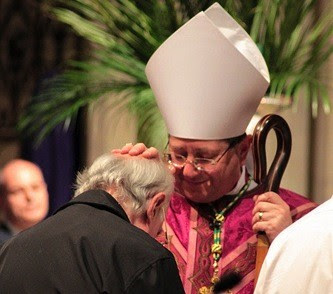 The ordinariate is really happening. It really is. After a year and a half since the publication of the Apostolic Constitution Anglicanorum coetibus which made establishing an ordinariate possible, and many earlier years of gestation, it is finally becoming real. Sure, it was established in January but until last night, the Personal Ordinariate of Our Lady of Walsingham numbered fewer than 20 people.

Today its numbers have already more than doubled and by Easter morning its numbers will have swelled to close to a thousand members. These will not only include more than 60 members of clergy, but also very importantly, the committed lay people who have followed their pastors into full Communion with the Catholic Church...

Read the rest at The Catholic Herald.

Hat tip to George, commenting at The Anglo-Catholic blog.
Posted by Steve Cavanaugh at 8:35 AM