On the primacy of the Pope


St. Paul tells us in 1 Corinthians that "To each is given the manifestation of the Spirit for the common good. " And so the same is of course true for the apostles. In John's Gospel, Jesus bestows the name Peter on Simon during their first meeting. This name is representative of the gift that Peter will be given as leader of the apostolic college, which is further explained later in John's Gospel when Peter is commanded to "feed my sheep" and in Luke's Gospel where Jesus assures Peter that he has prayed for him so that he will be able to strengthen his brethren.

In his article on the Joint International Catholic-Orthodox Theological Commission, meeting in Ravenna, Italy, Msgr. Daniel Hamilton looks at the primacy of Peter and of his successors in the Apostolic See, that same seat of unity which Father Paul of Greymoor felt so key to the unity of the Church.

Read it at the Anglican Embers web site on the Anglican Use Society site: http://www.anglicanuse.org/AE_2_07_Hamilton-Ravenna-Primacy.pdf 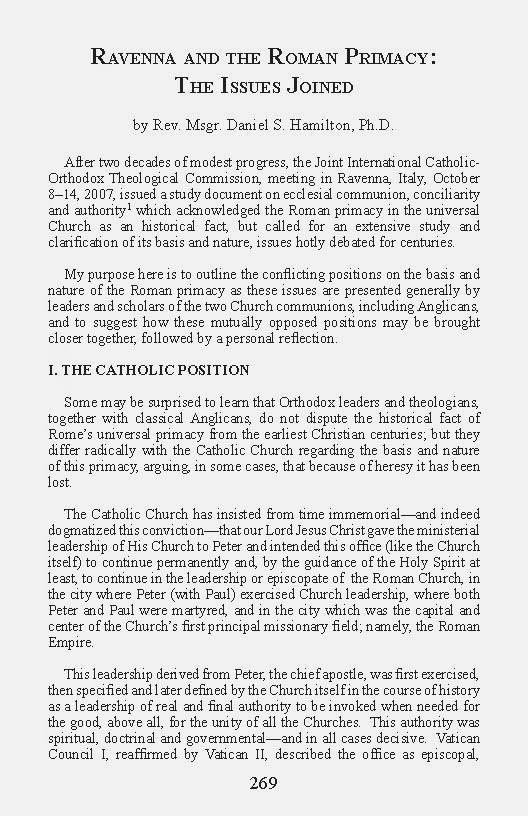 Posted by Steve Cavanaugh at 7:20 PM