Following the Puritan Rebellion and Cromwell dictatorship, England restored the monarchy, the episcopate and the Book of Common Prayer to national life. Charles II, who had been smuggled to France with the help of Catholic subjects, and who grew up in Catholic France, returned to England and as king was also Governor of the Church of England. But both he and his heir, James II (VII of Scotland) would convert to Catholicism. James being the last Catholic to sit on the throne.

In a presentation to the Anglican Use Society in 2010, Dr. Anne Barbeau Gardiner tells the story of these two royal brothers who brought the Church of England near to a full restoration - to Catholic communion. But who ultimately failed due to the Puritan objections that would once more bring war to the realm and a foreigner to the throne.
Read Dr. Gardiner's fine essay in our Advent 2010 issue: http://www.anglicanuse.org/AE_3_04_Barbeau_2_Royals.pdf 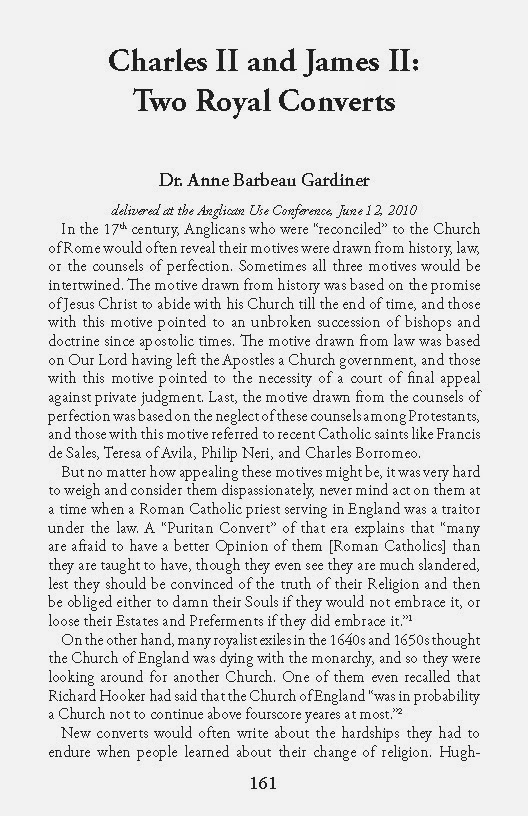 Posted by Steve Cavanaugh at 7:49 AM