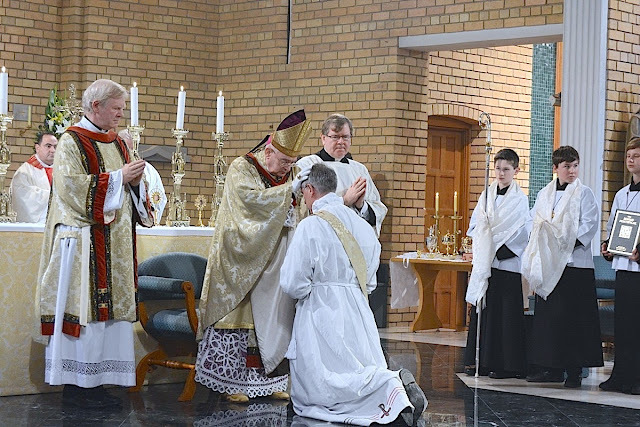 Recently, in Melbourne, Australia, Bishop Elliott ordained another priest for the Anglican Ordinariate. Congratulations to the Rev. Richard Waddell, who was ordained. He will now be leaving to study Canon Law in Rome. There are pictures of both the ordination at St Patrick's Mentone, as well as his Mass of Thanksgiving, which he celebrated at the Community of Bl. John Henry Newman.

I am also told that this was a historic  situation: while the Mass of Ordination was celebrated according to the Ordinary Form of the Roman Rite, the Mass of thanksgiving was the very first use of the Interim Liturgy of the Anglican Ordinariate in Australia...


Read the rest of the article and view the many photos on The New Liturgical Movement.

Posted by Steve Cavanaugh at 11:18 AM