The Rev. David Affleck, pastor of three churches in York County, is one of two new priests in the state.
By Eric Russell erussell@pressherald.com 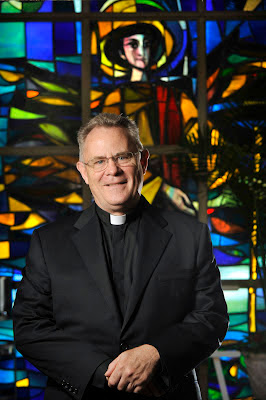 When David Affleck was ordained earlier this month as Maine's newest Roman Catholic priest, his wife, Katherine, sat in the pews at Portland's Cathedral of the Immaculate Conception.

Two of his four grown children were there as well.

A Catholic priest who's married? With children? That can't be right.

Affleck, 62, of York, is a former Episcopal priest who took advantage of a 1980 papal provision that allows him and others like him to become priests in the Catholic Church.

Only a handful of such ordinations take place in the U.S. each year. In Maine, it's happened just three times in 32 years, and Affleck is the only current convert. One died, and the other has left the church.

"It is indeed rare for a pastoral provision to be sought and granted," Bishop Richard Malone said in a statement. "The Church takes a great deal of time and energy to know that the man in question is truly being called to the priesthood and completely understands the responsibilities and ministry within the Catholic Church."

The trend, however small, is less a reflection of relaxed requirements of the Catholic Church and more a sign that fewer men are joining the priesthood, said Monsignor Michael Henchal, a Catholic priest in Maine for nearly 40 years. Aside from Affleck, only one other priest has been ordained this year. There are now more retired priests in Maine (86) than active priests (69). Affleck is needed.

That's not to diminish his resume. He has a master's degree, a doctorate and more than 15 years of priesthood under his collar. When parishioners of St. Raphael in Kittery, St. Christopher in York or Our Lady of Peace in Berwick see Affleck at the front of their church, reading Scripture and offering Communion, they see a man of distinction and conviction...

Read the full story at The Portland Press Herald.