Pastoral Letter to the TAC from Abp. Hepworth 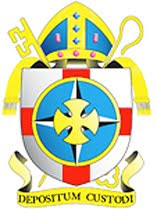 Archbishop Hepworth
In recent months, a deep division has been created in the Traditional Anglican Communion. Bishops and Vicars General have threatened others with expulsion. Clergy and laity have been bullied and threatened. A minority of the bishops plan to meet shortly in South Africa with the openly published agenda of expelling all those who are at the various stages of discernment of the offer of the “fullness of Catholic Communion” contained in the Apostolic Constitution of Pope Benedict XVI.
This bullying reached new levels with the publication of letters from Canon Gray in England and Bishop Marsh in the United States, cancelling arrangements into which they entered that created a tolerant environment during this process. In the past few days, these events among others have greatly concerned me:
Neither I nor those under attack can any longer allow this conduct to continue unchallenged.
Anglicanism has always aspired to tolerance. Even the persecution of Catholics in England was balanced by tolerance and respect in missionary regions. Anglo-Catholics and Evangelical Anglicans sustained a mutual respect and restraint in spite of vigorously asserting their positions. Opponents found this a weakness. Those of us who experienced it found it a strength.
Whether the destructive forces of the past fifty years have ended the possibility of tolerance in the wider Anglican world is a matter for prayer now and the judgement of history in the future. We seek the truth that is in Christ Jesus, knowing that we must live in the moment of time in which we have been created. For us that is a fractured church, a turmoil of conflicting theology, and the power of resurgent hostile creeds. Science has created new boundaries of sinfulness that test us – power over life, the abundant access to information and entertainment, the global competition for the necessities of life, and the battles between scientific leaders and the idea of God. It is not an easy time to be a good Christian.
I make clear the basis of conflicts within our own Communion:
The present attempts to expel those who are working (often with exquisite difficulties) to test a vocation to fuse Anglican heritage with Catholic Communion, newly available and still in infancy, is not to be tolerated.
The minority of our leaders (Bishops and Vicars General) who intend to meet in South Africa have announced their intention to expel and depose others in our Communion, actions we have not experienced for many years, but which have been a tragic hallmark of Continuing Anglicanism. They intend to change the Concordat that has ordered our common life from the beginning, abandoning the requirement to submit changes to the clergy and laity in the Synods of our Provinces. And they propose to interfere in the affairs of member Provinces, creating spiritual, canonical and legal havoc that will only have one result – the diminution of our apostolate and the betrayal of those who have trusted us.
Even more significantly, they propose for the first time in our common life to expound doctrine according to their personal beliefs, abandoning the tests of common faith whether Anglican or Catholic. I note that the two leaders of this minority in the United States have never attended a meeting of the College of Bishops and have never experienced our corporate life.
The majority remain loyal to the ideals that have sustained us to this point. They remain true to their oaths and promises on doctrine and discipline. They are determined to protect their people and minister to them as they make decisions and undergo processes that cannot be hurried any more than outcomes can be foreseen.
These bishops and senior clergy, in the United States, Canada, the Caribbean, Latin America, the Torres Strait, Australia, Africa and India are determined to continue their ministry, to respect the ecclesial bonds that exist between them, to sustain their Christian friendship even as some of them succeed (with their clergy and people) in being pioneers of Ordinariates that will grow, if they are of God. They intend to deepen their bonds that are already solid with the mutual support of decades of working together. They reject in advance any attempts to interfere with their jurisdiction, their ministries and the people committed to their care. They too will shortly meet to celebrate their bonds of Christian commitment, and will take steps to protect their ecclesial identity.
The basis of that collegial identity will be:
Each of us has had moments of deep frustration and disappointment with the implementation of the Apostolic Constitution. There are very valuable lessons to be learned for the ecumenical future of the Church. It faces a world that will only become more hostile.
In the meantime, the loyal majority of TAC bishops wish to assure the Roman Catholic authorities with whom they are working of our collegial respect for the Holy Father, our belief in the teachings contained within the Catechism of the Catholic Church, that is one of the foundations of Anglicanorum Coetibus, and therefore our reaffirmation of the Portsmouth Petition to the Holy Father.

Source: http://catholicusanglicanus.wordpress.com/2012/02/17/pastoral-letter-from-archbishop-hepworth/
Hat tip to The Cavalier's Commonplace Book for pointing out this Pastoral Letter.
Posted by Steve Cavanaugh at 7:46 PM