A Historic Day at Mount Calvary-Baltimore 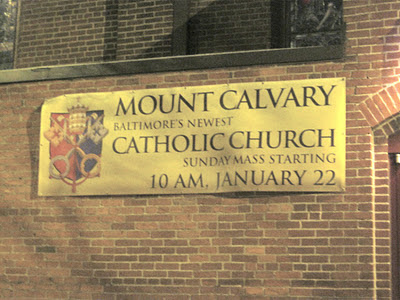 On Sunday, I had the privilege to visit Mt. Calvary Church in Baltimore, Maryland, as its clergy and people were received into the full communion of the Catholic Church by Fr. Jeffrey Steenson who heads the personal Ordinariate of the Chair of St. Peter. The congregation was joined by many others in a joy-filled day that many of the people characterized as a home-coming.
Before the service began in the morning, the beauty of the church and its appointments were quite conducive to prayer, and despite the large gathering, there was a deep sense of devotion as people prayerfully prepared for the day. 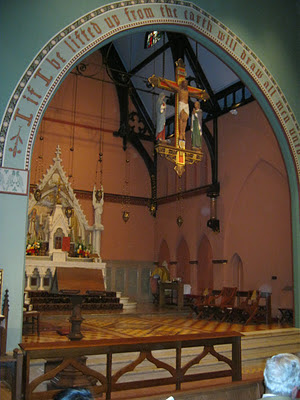 The sanctuary of Mount Calvary before Mass. 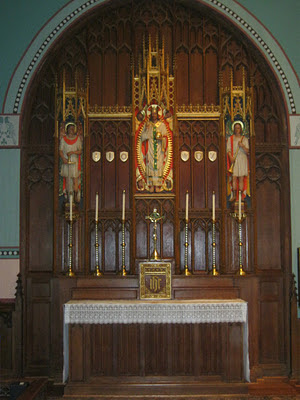 A side altar in the Church. 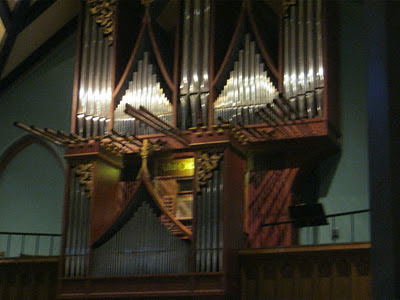 The 52-rank organ which would soon produce glorious music
to accompany the expert choir which led us in singing
praise to God. 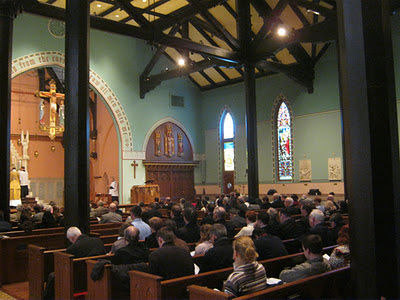 The pews were filled by people from Baltimore, other parts of Maryland, and well-wishers from New Jersey, D.C., Pennsylvannia and Virginia. Many of these had been received into the Church's communion years before, and came to prayerfully support the congregation of Mount Calvary. 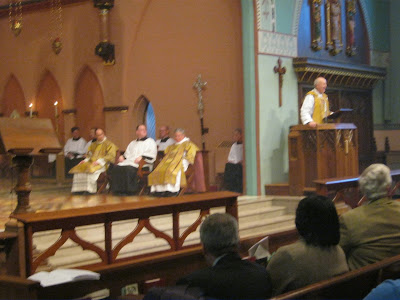 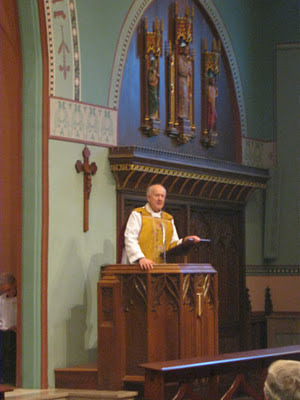 Father Steenson preached on the Gospel text for the day, the calling of the fishermen to be Apostles, and emphasized that the call of all of those who would form the ordinariate was similar: to evangelize and to bring souls to Christ. This would be done within the context of a structure which would preserve and promote the Anglican patrimony of the founding members of the ordinariate, in pastoral care and reverent worship. 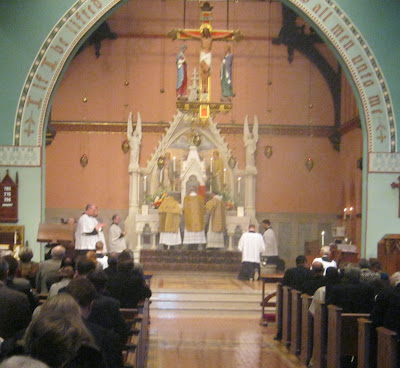 Ably assisted in the sanctuary by the clergy of Mount Calvary, the service, conducted according to the ritual of the Book of Divine Worship, stretched to nearly two hours. But it was a time that passed quickly. The clergy of Mount Calvary, who will now help administer the parish, await incorporation into the clergy of the Catholic Church. Jason Catania, who has been rector of the parish, is expected to be ordained to the Catholic priesthood in the Spring. In the interim, Fr. Carlton Jones, O.P., has been appointed chaplain, to oversee the sacramental ministry to the parish. He will be assisted by some of his Dominican brethren.
In the afternoon, we were joined by several members of the St. Thomas More Society from Scranton, Pennsylvania. Fr. Eric Bergman, who leads the STMS, officiated at Choral Evensong, with Fr. Dwight Longenecker preaching on the course ahead for the new Catholic congregation. Noting how John Henry Newman left the pinnacle of the Anglican establishment of his day for Littlemore, he said that all of those who enter the communion of the Catholic Church have to be prepared for the same pilgrimage: to go to their own Littlemore, where they will have become little in order to receive the more that will be theirs as Catholics. 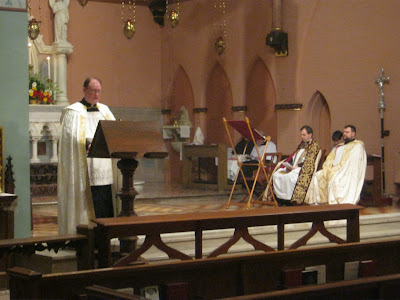 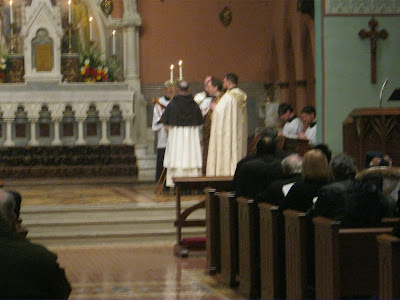 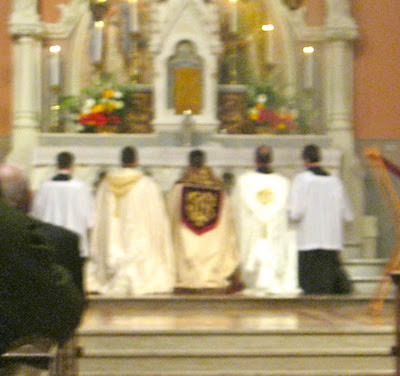 In the quiet contemplation of the Lord's mercy before
the Blessed Sacrament during the service of
Benediction that followed Evensong. 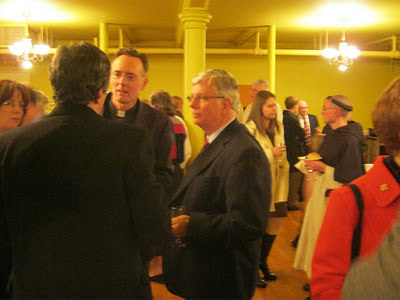 Randy Sly (right), Associate Editor for Catholic Online
(www.catholic.org), who will begin the formation process for
ordination this month with the others who will form the
first cadre of Ordinariate clergy. 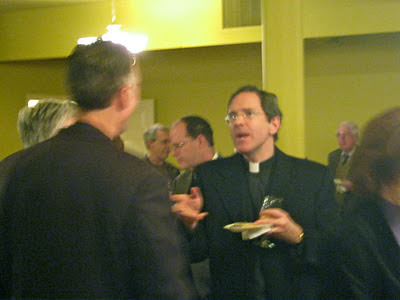 Fr. Scott Hurd (right), Vicar General for the
Ordinariate, speaking to a congregant after Evensong. 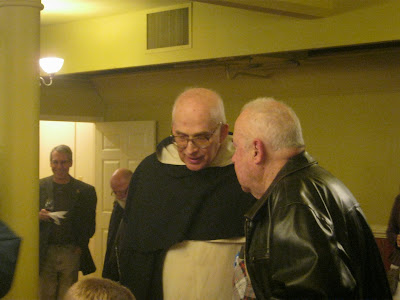 Fr. Carlton Jones, O.P., listens to one of the congregants he will
shepherd over the next few months as chaplain to Mount Calvary.
In a conversation with Fr. Steenson following Evensong, he told me that the process of developing the particular norms for the Ordinariate were underway, and that when the new rules were complete, which will encompass everything from the way parishes are to be incorporated to the acceptance of individual petitions for membership in the Ordinariate, they will be reviewed in Rome and need to receive approval. Fr. Steenson said that three "classes" of groups were anticipated, Public Associations of the Faithful for some of the smaller groups, quasi-parishes for larger groups (but which do not have a church, for example), and parishes, of which he was sure Mt. Calvary would be one. Parishes would likely be individually incorporated, with a governing board that would include the ordinary and vicar general and pastor; in other words, the parishes would be incorporated in a way that Rome has preferred for decades, one which recognizes parishes as juridic persons in their own right, and not the corporation sole that is typical in the US dioceses. Fr. Steenson then spent about a half-hour speaking privately with some Continuing Church clergy from Towson, Maryland who had come to attend the Evensong.
Posted by Steve Cavanaugh at 5:49 AM