Former Anglican Priests: What About the Families?

by CHARLOTTE HAYS
08/19/2011
With many married clergymen coming into the Church, logistical problems arise. 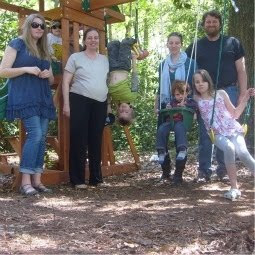 When Father Ian Hellyer, a Catholic priest in England, figures his personal budget, he faces concerns that are unusual for a Catholic priest: He must consider the needs of his wife, Margaret, and their nine children.

A former Anglican clergyman, Father Hellyer was ordained in June into a Church that by and large has not had to provide for men with families. He is a priest of the personal ordinariate of Our Lady of Walsingham, a newly erected diocese for former Anglicans. It was created under the provisions of Pope Benedict XVI’s Anglicanorum Coetibus, which made it possible for former Anglicans to come into the Catholic Church in groups.

A similar ordinariate is expected to be up and running soon in the United States, perhaps by the end of the year.
Some men who seek ordination as Catholic priests are coming from affluent parishes.

“Episcopal clergy are expected to be paid at a professional level,” said Father Ernie Davis, a former Episcopal priest and father of three.

Father Davis cautioned: “If you’re looking at the bottom line when you make this decision [about whether to seek ordination as a Catholic priest], then this isn’t the place for you.”

Episcopal clergymen in the United States often get in touch with Father Christopher Phillips, another former Anglican priest who is pastor of Our Lady of the Atonement, an Anglican-use parish in San Antonio, Texas, to inquire about becoming Catholic priests.

“I put a fatherly arm around them and say, ‘Don’t think you are going to be able to live like you have been living,’” Father Phillips said. Like Father Davis, Father Phillips came into the Church under Pope John Paul II’s 1980 pastoral provision, a precursor to Anglicanorum Coetibus.

Clergy from the “continuing Church” movement — breakaway Episcopal churches, which tend to be less lavishly endowed — may face less financial shock, Father Phillips said, because “they are more used to putting cardboard in their shoes.”


Read the whole story at The National Catholic Register

Hat tip to Deacon Greg Kandra at the Deacon's Bench.
Posted by Steve Cavanaugh at 6:37 AM